I have spent a few years making t-shirt designs for fun.  Mostly I made the shirts I want to buy and just posted them online.  Well, I have actually made a few sales over the years.  I have finally decided to go ahead and make the shop a slightly bigger investment of time.  Yes, I know I don't have much time.  Oh well.

I hope you like the designs as much as I have making them.  Enjoy the t-shirts and keep an eye on the site.  I will be sure to make additions to the designs soon.

If you ever have any suggestions or requests I would like to hear them.


Powerline Designs
Posted by Nick Guinn at 8:34 AM 2 comments:

Training with a context

A good friend and student, Sam Cluck, is currently working on writing an article about training and context.  I am really looking forward to seeing the finished product.  As soon as it is done and published I will be sure to put a copy on my website as well.  (If he will let me.)  The outline for the article looks really good and for those of you who are very much visual learners this will be a great article for you.

Below a picture of Rory Miller and Sam Cluck.  Rory's book "Meditations on Violence" and the material he covered in a seminar we attended has been a large part of the inspiration for this coming article. 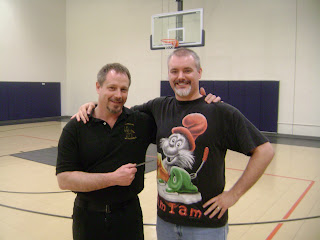 Posted by Nick Guinn at 8:23 AM No comments:

What the hell is wrong with some people?

What skills do you have?

As mentioned in my last article, I am working on becoming a Private Investigator.  One thing that I am learning about life in general is that it is all about who you know and what skills we can all share.  It is amazing to me how some people have skills that one might never consider important.  However, now I can see how networking is the way to go.  Plus!  I really like people.  I am a very social creature all in all, for that matter we all are.  Even introverts need people.

So my question is this:  What skills do you have?  List everything from the mundane to your most skilled.

Here is a list of some of my skills and there levels:
(Novice - unpaid and limited skills, Intermediate - paid but still limited skills perhaps 1 yr exp, Advanced - paid and at least 2 years experience, Expert - Paid and 8 or more years exp)

Of course the description is just a guideline.  You can set your skill levels however you want if you are confident enough in them.  Just keep in mind I may call on you one day for that skill.  I will be looking to pay someone for that skill and if you list yourself as an expert I will pay you as such.  However, I will also expect an expert job. 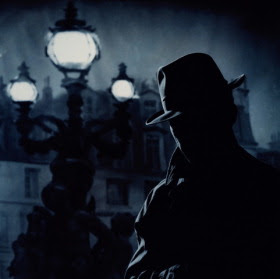 In Oklahoma an organization called the Council on Law Enforcement Education and Training is responsible for managing Law Enforcement training and private security minimum curricula requirements.  I am working on getting my Private Investigator's license and am currently in the Phase 1 class.

After that I need to take the Phase 3 class.  That class is tailored to the Private Investigator side of things.

Once done I should be able to get my licensing pretty quickly I think.  I will have to take one more class, my Phase 4 class to become an armed PI but that is less important to just getting started.  I am taking classes for a school here in Tulsa and so far I really like this facility.  They seem to be very knowledgeable regarding the material.  I look forward to Phase 3.  My buddy Clay took that class and said they had a wealth of information to share.

This school also offers a series of Saturday classes.  I would like to take them too but they cost $250 for all the classes and I am not sure I can come up with all that right now.  Plus the Phase 3 class is also supposed to be $250.  That is $500 all in the span of a single month.  Unless I get some unforeseen windfall I don't think that is going to happen just yet.  I will have to wait and take that class early next year I think.

Fortunately Clay is going to take this class.  I will just have to pick his brain over the material once he is done with the class.  This Friday I think I am going to borrow his Phase 3 book to get a head start on the class.
Posted by Nick Guinn at 12:02 PM 4 comments:

Isn't it amazing.  My son told me he wanted to go to church last night.  I have been thinking a lot about going back to church too.  I like going on Wednesday nights in particular because one of our pastors Taud Boatman, offers a class called Movies with Taud.  He takes common mainstream movies like for example, Bruce Almighty and Avatar, and discusses the cultural and spiritual relevance of the topics in the film.

I decided my son was right and that we were going.  I got there last night and found out that my favorite program was starting that night and running for the next 10 weeks or so.  I will miss next week due to a class I have to attend but it was wonderful timing.

God is great!
Posted by Nick Guinn at 7:58 AM No comments:

Being nice and lying to be nice.

I heard a story in Air 1 this morning where the DJ was late for an appointment and called in apologizing for running late.  Being proactive about his problem and suggesting a solution by offering to reschedule etc...  I think this was very appropriate.  However, the lady he talked to was apparently very rude and even went so far as to accuse him of not only being fifteen minutes late but two hours and fifteen minutes.  The DJ of course immediately got irate but admirably kept his cool and apologized too the lady.  He went on to his appointment and told the lady that it must have been his fault and that perhaps he wrote the appointment down wrong.  He admitted that he was pretty sure he didn't do this but said he did to be nice.  To kill the lady with kindness.

I am not certain this is kindness.  In effect, if you are certain you would not have made the mistake of scheduling things two hours off then you are lying to the person you are being nice too, to save their feelings.  When is lying okay?

Both the lady and the DJ lied to each other and too themselves.  The ladies lies came in the form of thinking that you can treat people with a poor attitude in a normal business setting and get away with it.  It will come back to hurt the business in most cases.  With the exception of things like the business of law enforcement or similar rough settings being nice is absolutely needed.  I suppose one could make the case for being nice in a law and security setting too but that might be a stretch.  The DJ lied to himself when he let the lady get away with being rude and letting her push him around.

The main reason I think this was is this:  As a Christian there is a BIG mistake in thinking that we have to be nice all the time.  Jesus wasn't nice all the time.  I know people are going to get upset at that comment.  Here is the thing.  Jesus was understanding and always tried to be the teacher.  But he also wasn't going to let go of the message to save someone's feelings.  If he heard something that was wrong he would point it out.  Period.  No lying to himself or others.

Jesus, the sometimes truthful, is far less impressive than Jesus, who is truth.

Now one might say, "you are only saying this to excuse being rude and getting even or being rude back."  That s not my intent either.  Be nice but do not lie.  Do not allow the person you are talking to, to roll right over you.  Jesus came to give us power, strength.  Not to make us weak and cow tow to bullies.  Be right, be righteous.  Sure be nice if you like.  However, what good are you doing for that person by allowing them to roll over you.  To bully you.  If they begin to learn over time that this attitude gets them what they want they will make it a habit.  Bullying will become a standard of operation, an automatic response to adversity.  The person will become psychologically abusive if they are not already.

There must be a happy medium here.  Where we can be nice and considerate.  Calm and collected and yet not allow the bullies of this world to take advantage of others.  By saying nothing or by being obsequies we allow the behavior to continue and to hurt the lives of others.  If nothing else, calmly call them on their bad attitude.  I have heard that it is a good practice to put a mirror in front of someone who is angry.   Allow them to see their own face when they speak with heated words.  When they see the ugliness on their own face, most will calm down.

It is admirable that the DJ got a grip on his anger.  It is great that his intent was to be nice.  He should be proud that he didn't propagate the behavior by being mean back or by passing it on to the next person he talked to that day.  All very admirable.  But I think we should all be very careful avoiding conflict.

The word of God is referred to as a sword.  I don't think this is by accident.

So how does this relate to the martial arts?  Easy.  Communications during conflict.  This is part of what happens before and after the action.  When we are preparing and/or coming down from an event.  We must learn to control ourselves.  Not to be angry with our words, the next person I talk to after a conflict or a fight may very well be a police officer.  If I a still worked up and angry my words will condemn me even if I didn't start the fight.  This may seem obvious but I think this truth carries through all communications.

Email ThisBlogThis!Share to TwitterShare to FacebookShare to Pinterest
Labels: being nice, conflict, lying

Check out this link for an humorous but brilliant look at a Ph.D.

http://matt.might.net/articles/phd-school-in-pictures/
Posted by Nick Guinn at 6:44 AM No comments:

Crossing the Pond
Posted by Nick Guinn at 8:12 AM No comments: